The MJ series of bike headlights are arguably one of Magicshine’s most popular series of wired bike lights thanks to their bright output and affordable prices. In this review, we’ll be looking at two of the brightest variations in the updated MJ lights, the Magicshine MJ-902S and MJ-906S. As with their predecessors, the light specs don’t disappoint with 3000 / 4500 lumen output and $139.99 / $199.99 retail prices respectively. Both lights share a modern and compact headlamp design that consists of DRL and dual LEDs with a soft beam cutoff. Gone are the rubber mounting straps, as Magicshine has integrated Garmin style mounts that make the lights compatible with most out-front mounts or helmet mounts. The primary difference between the lights are the battery packs as the MJ-902S uses a MJ-6116C 7Ah battery while the MJ-906S has a larger MJ-6118 10Ah battery to achieve the higher output. While neither of these lights look as intimidating as the previous MJ-908, which has been discontinued, both lights offer more modern features and bright output.

The updated Magicshine MJ-902S and MJ-906S continue the legacy of the MJ series with impressive output, modern features, and competitive prices.

The Magicshine MJ lights are each shipped in simple black cardboard boxes with glossy graphics. The headlight and battery packs are held securely in place inside custom foam cutouts at the top of the box with the accessories hidden underneath.

Those familiar with Magicshine will likely miss the custom zippered fabric storage bags the previous generation of the MJ lights were shipped with. The fabric bags were much more convenient to store or travel with the lights than these updated cardboard boxes.

One of the biggest improvements of the MJ series lights are the Garmin compatible mounts molded directly onto the base of the headlights, which means, as with most of Magicshine’s headlights, you can use the lights with a variety of aftermarket mounts instead of having to use proprietary mounts or adapters. Despite the higher retail prices of the MJ-902S and MJ-906S models, Magicshine only includes their basic strap style handlebar mount. This mount is shared with the Allty commuter lights and various other products. It’s one of our least favorite designs as it requires an allen wrench and is tedious to install.  We’d highly recommend using an out-front mount such as Magicshine’s TTA mount or third party equivalents for a cleaner setup. Note, while you can run the light upside down, it’s not recommended as the lens’s horizontal deflectors are designed to work upright.

The wired external battery design of the MJ lights means that you do need to route cables and mount the large battery on your frame. The MJ-902S comes with the MJ-6116C battery pack while the MJ-906S includes the higher capacity and slightly larger MJ-6118 pack. Both battery packs have thick rubber pads that prevent scratching your frame and have integrated slots to route the included velcro straps through. Despite the simple design, the straps work well and hold the battery in place even on bumpy terrain. Compared to earlier generations of Magicshine lights, the wire connectors and attachment points feel much more robust and have held up well for us without any tears or damage.

With the updated MJ lineup, Magicshine has used a more modern and compact headlight design. Instead of grid layout of LEDs the previous MJ-902 and MJ-906 utilized, both the MJ-902S and MJ-906S share the same dual LED headlight with DRL. The design is very similar to the Allty 2000 and is the first time an MJ light has an integrated DRL. Horizontal deflectors on the lens help diffuse the DRL output and partially cover the top portion of the primary LEDs to reduce glare. Also a small lens shield on top of the lens prevents glare when you’re out of the saddle while side cutouts help with side visibility. Thanks to the wired battery designs the headlight itself is very compact with a majority of the metal housing consisting of metal fins to dissipate the heat generated by the LEDs.

Both lights look and feel premium as well thanks to the all-black color scheme and metal construction. It’s also impressive how far LED technology has come as the MJ-906S is able to push 4500 lumen out of the dual LEDs. The other impressive feature with the updated MJ lights is the fact that they are now E-bike compatible. Using an optional cable, the lights can be wired directly to most mainstream Bosch, Brose, Shimano, and Yamaha E-bike systems. The headlight output automatically adjusts based on the input voltage, a clever solution that makes the MJ lights easy to swap between an E-bike or standard bike. Entering and exiting the E-bike mode is as simple as holding the power button for eight seconds.

With the updated design of the MJ lights, Magicshine has opted for a simple one button interface for the headlight. Although the button is large with a grippy texture, it’s not nearly as sleek as the Allty 1000 power button and is only illuminated red or flashing red to indicate low battery status. While it’s very similar to the previous generation design, we would have liked to see a run-time display indicator at least for the more expensive MJ-906S. Even though both the headlight power button and battery pack have battery status indicators, it’s still easy to run out of battery on rides as you don’t know the exact battery percentage. One advantage of the wired setup is that it is possible to carry a spare battery pack for more run-time if you plan to do very long rides.

Unlike the similarly shaped MOH 55 which featured a simple two-level interface, Magicshine has reverted to the ‘more is better’ philosophy with a whopping 15 output modes. There are four primary modes: DRL only, DRL + left LED, DRL + right LED and DRL + left + right LEDs. The run-times are the same for left or right only modes and they visually look the same aside from the slight position difference. That means there isn’t any reason to prefer the left or right LED mode when riding. This interface is identical to the Allty 2000, but with the lack of an OLED display or mode indicator, you’ll have to peek over or put your hand in front of the light to know what mode you’re actually in.

Note, the battery packs can also be used as power banks to charge other devices. The higher priced MJ-906S uses the higher capacity MJ-6118 which has a USB Type-C design while the MJ-902S uses the MJ-6116C. Aside from the different USB design and capacities, the MJ-6116C has the USB port on the opposite end of the battery cable while the MJ-6118 has both connectors on the same side. The clever detachable cables attachments make it easy to use the lights as power banks, although you do need to keep track of rubber grommets. We’ve found the power bank to be a useful feature to get more use out of the lights even when we’re not riding.

With 15 output modes, the MJ-902S and MJ-906S offer multiple constant output intensities and two flash modes. Both lights offer the same light output modes, with the larger battery pack of the MJ-906S resulting in a higher lumen output and runtimes. The DRL mode offers 25 / 35 lumen with an impressive 42 / 50 hr runtime respectively. We found the DRL mode perfect for day time riding to remain visible without running down the battery. Each of the constant modes offer four options, ranging from economical to a high output mode with fairly large jumps in output. The dual mode output ranges from 450 – 3000 / 800 – 4500 lumen with runtimes of 14 – 1.5 / 17.5 – 1.5 hr ranges. To conserve battery, each LED can be run independently without output ranging from 250 – 1500 / 600-2300 lumen and runtimes of 20 – 3 / 17.1 – 2.1 hr ranges. The two flash modes are far too bright to use at night, but can be helpful as a daytime riding option.

We were surprised to find that the simple two LED setup of the headlights resulted in more of a spot beam than a flood beam. The beam pattern is more focused and brighter in the center (not as uniform as other Magicshine lights such as the MOH 55) but still provides a good balance on the road. We found that the left/right only output modes were visually identical, which makes us wonder why Magicshine chose to include both options. Riding on trails we mostly rode in the dual output mode as they were perfect for dark trails or commuting with the multiple intensity modes. The horizontal lens deflectors also help produce a soft beam cut-off and a ‘dual-beam’ shape as there is a dimmer second beam closer to the bike. It’s not as effective as a true beam cut-off, but it’s a simple and effective feature that helps focus more light on the road.

Overall, we found the Magicshine MJ-902S and MJ-906S do an excellent job of continuing the MJ lights legacy of high output and affordable price. The shared dual LED and DRL headlight design is more compact than the previous generation while providing higher output. We’re happy to see the DRLs make it into the MJ series, as the high run-time of the DRL-only mode is perfect for ensuring you remain visible even during the day. Also, with the integration of the Garmin style mount, the MJ lights are now compatible with a variety of mounts on the market. Our biggest complaint with the MJ-902S and the MJ-906S are the confusing 15 output modes. With the single button interface it’s easy to get lost in the menu and the left/right only LED modes aren’t useful. If you’re wondering which light to buy between the MJ-902S and the MJ-906S, for us both lights are more than bright enough, but we’d recommend the MJ-906S if higher run-time and USB Type-C compatibility are important to you.

Disclaimer: The product for this review was provided by Magicshine. The views expressed on this website are solely those of the authors and are here to help people make an informed choice before a purchase. The authors or the blog itself does not get any monetary compensation from the product manufacturer or third-party websites/vendor links that are posted here. 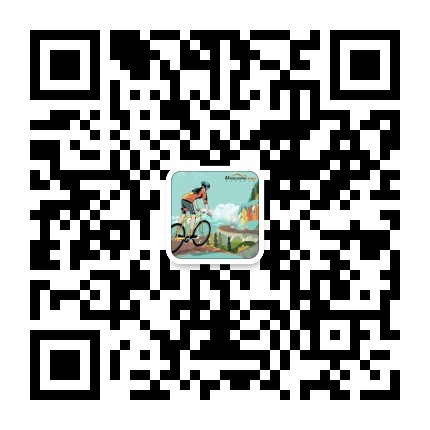